Call us
confidentially
today
202.602.6500
Our Team
Our Experience
Works for You 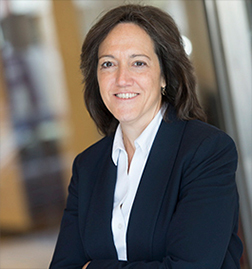 “Our best work gives a voice to each client who opposes discrimination in the workplace and takes a stand against being judged on anything other than individual merit at work or at school.”

Ms. Correia is a nationally recognized Title IX lawyer who has extensive experience advocating for coaches and other employees who have lost their jobs in retaliation for their advocacy for gender equity for their student athletes and other students.  She also has represented students and employees who have faced sex discrimination or sexual harassment or retaliation at school, and helped her clients hold educational institutions accountable for their failure to ensure that discrimination did not interfere with their right to equal educational opportunity.

In 2000, Ms. Correia served as co-counsel to the plaintiff class in Hartman v. Powell, a gender discrimination class action that garnered a settlement in the amount of $508 million, the largest award in the history of the Civil Rights Act of 1964.  She shared the 2000 Trial Lawyer of the Year award presented by Trial Lawyers for Public Justice for her work on this landmark case.

In 2017, Ms. Correia was inducted into the College of Labor and Employment Lawyers, composed of the most accomplished members of the labor and employment law community nationwide. In 2013, the Women’s Caucus of the Trial Lawyers Association of Metropolitan Washington D.C. honored Ms. Correia for “exemplary leadership as a committed advocate on behalf of injured women” and as a “champion for the advancement of women trial lawyers.”  In 2009, the Metropolitan Washington Employment Lawyers Association honored Ms. Correia as its Lawyer of the Year, largely for her role in the Title IX retaliation case against Florida Gulf Coast University. The D.C. Employment Justice Center honored Ms. Correia with its William K. Anderson, Esq. Pro Bono Attorney of the Year Award in 2008 “for helping the EJC to secure, protect and promote workplace justice.”

Ms. Correia is a frequent lecturer on litigation strategy and employment litigation issues, and she has taught Pretrial Litigation at the Washington College of Law of the American University. She was twice selected to serve on a D.C. Superior Court Task Force to developing model employment law jury instructions. She is rated by Martindale-Hubbell as “AV Preeminent”, the highest attorney peer review rating.

Ms. Correia earned her undergraduate degree from Boston University in 1985, and she graduated from the Washington College of Law of the American University in 1991, where she has since taught Pretrial Litigation. Ms. Correia is a member of the Bar of Massachusetts and the District of Columbia.

The College of Labor and Employment Lawyers 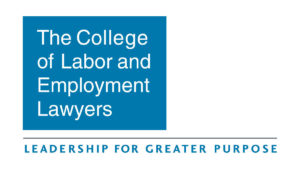