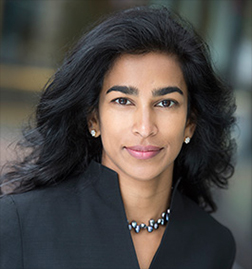 Ms. Bollini serves as of counsel to Correia & Puth, a Washington, DC firm dedicated to solely the representation of employees. Ms. Bollini regularly represents federal sector employees in discrimination and retaliation claims before the Equal Employment Opportunity Commission and the Merit Systems Protection Board. She also has represented federal employees and contractors in security clearance proceedings before issuing agencies including the Department of Defense and Department of Energy Offices of Hearings and Appeals, Federal Bureau of Investigation, National Geospatial Intelligence Agency, and National Security Agency.

Ms. Bollini has litigated claims against employers of varying sizes, from small businesses to local, state, and federal agencies, to Fortune 50 corporations. In addition to representing employees in claims of discrimination based on age, race, and sex, she has litigated complex whistleblowing claims involving financial reporting, shareholder fraud, and industrial safety.

Super Lawyers selected Ms. Bollini for recognition in 2013, 2014, 2015, and 2016. Ms. Bollini earned her Juris Doctor from the American University Washington College of Law and is a member of the bar of the District of Columbia and Maryland, along with federal district courts in those jurisdictions, the U.S. Court of Appeals for the Fourth Circuit, and the District of Colorado.

Super Lawyers, a Thomson Reuters business, is a rating service of outstanding lawyers from more than 70 practice areas who have attained a high degree of peer recognition and professional achievement. The annual selections are made using a patented multiphase process that includes a statewide survey of lawyers, an independent research evaluation of candidates and peer reviews by practice area. The result is a credible, comprehensive and diverse listing of exceptional attorneys.